Home > Featured > Why do so many Asian nations want to be in China’s debt?

China’s debt-trap diplomacy, redolent of colonial-era practices, has claimed its latest victim — the small, resource-rich nation of Laos. Struggling to pay back Chinese loans, Laos has handed China majority control of its national electric grid at a time when its state-owned electricity company’s debt has spiralled to 26% of its gross domestic product.

Sri Lanka and Pakistan, meanwhile, are taking fresh loans from China to pay off old loans, highlighting the vicious cycle in which they find themselves trapped. Both have already been compelled to cede strategic assets to China.

Less than three years ago, Sri Lanka signed away the Indian Ocean region’s most strategically located port, and more than 6,000 hectares of land around it, on a 99-year lease to China. The Hambantota port’s transfer to Beijing was seen in Sri Lanka as the equivalent of a heavily indebted farmer giving away his daughter to a cruel money lender.

Pakistan has given China exclusive rights, coupled with a tax holiday, to run Gwadar port for the next 40 years. China will pocket 91% of the port’s revenues. Next to the port, which is located at the crossroads of the global energy trade, China plans to build a Djibouti-style outpost for its navy.

Tajikistan, whose borrowing binge from 2006 was followed by its ceding of 1,158 sq. kilometres of the Pamir mountains to China and then granting Chinese companies rights to mine gold, silver and other mineral ores, recently asked Beijing for debt relief.

Another country heavily in debt to China, neighbouring Kyrgyzstan, also sought relief from Beijing last month before it plunged into political chaos. In Africa, a long list of states wanting suspension of their debt repayments to Beijing during the coronavirus pandemic includes Angola, Cameroon, Congo, Ethiopia, Kenya, Mozambique and Zambia.

Laos’s ambition was to become the battery of Southeast Asia by investing in hydropower development and exporting electricity. So, it agreed to give deep-pocketed Chinese state-run companies an important role in harnessing its rich hydropower reserves.

But today, Beijing has effectively taken control of Laos’s electric grid and, by extension, its water resources. This holds serious implications for environmental security and sustainable development in landlocked Laos, given how China’s heavy upstream damming of the Mekong River is already contributing to depleted river levels and recurrent drought in downstream areas.

China’s deal also arms it with tremendous leverage over a country with just seven million citizens. Beijing’s power to dim all lights in Laos leaves little wiggle room for its tiny neighbour, already reeling under its staggering debt obligations.

Meanwhile, as concerns mount that Sri Lanka could become China’s satellite state, U.S. Secretary of State Mike Pompeo is due to arrive there from New Delhi tomorrow to try and pull Sri Lanka into Washington’s camp. Pompeo will press the ruling Rajapaksa brothers to accept a Status of Forces Agreement and a $480-million, five-year Millennium Challenges Corporation aid compact, both controversial subjects in Sri Lanka.

But cash-strapped Sri Lanka’s recent decision to turn to its biggest lender China, rather than to the International Monetary Fund, for a large loan to avert a default on its debt raises a larger question: What makes some nations sink deeper into Chinese debt, despite the risks of mortgaging their foreign-policy autonomy to Beijing?

The answer is several factors, including the comparative ease of borrowing from China, with IMF lending normally carrying stringent conditions and oversight. China does not evaluate a borrower state’s creditworthiness, unlike the IMF, which will not lend if its assessment indicates that additional loans could drive the country into a serious debt crisis. Indeed, China is happy to lend until nations face a debt crisis because of the greater leverage it gives Beijing.

Typically, China starts as an economic partner of another country, only to gradually become its economic master. In fact, the more desperate a borrower country’s situation, the higher the interest rates it will likely pay on Chinese loans. China has a record of exploiting the vulnerability of small, strategically located countries that borrow big. One such example is the Maldives, where Beijing converted big credits into political influence, including acquiring a couple of islets cheaply in that Indian Ocean archipelago.

Unlike some other heavily indebted states, the Maldives has been lucky to escape a Chinese debt trap. Since the Maldives’s election ousted its authoritarian president barely two years ago, India has stepped in to bail it out with generous budgetary support and a recent aid package.

China’s strategic use of debt to hold vulnerable states captive to its wishes may seem to mesh well with its vaunted focus on the long run. But the wider pushback against its imperial overreach, coupled with the corruption and malpractice in many of its Belt and Road projects, suggests that Beijing could be securing near-term advantages at the expense of its long-term goals.

Negative views of China have reached historic highs this year. The rising public distrust of China even in partner countries, and the fact that many Belt and Road projects are still not financially viable, have resulted in a declining number of new projects. Cumulatively, China is likely to pay a high price for its debt-trap diplomacy, even as the states it has ensnared are bound to suffer. 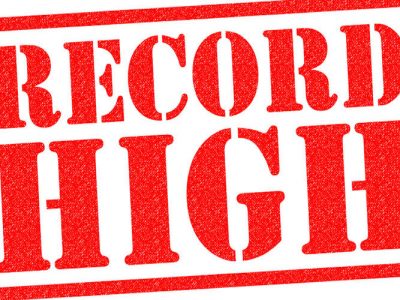 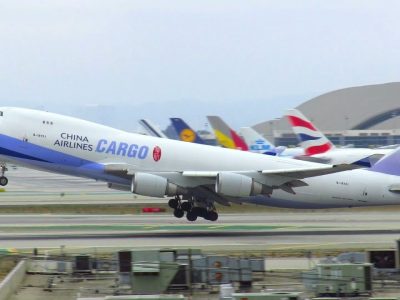