AUSTRALIA & CHINA COULD BE FIRST USERS
Australia and China could be among the first users of an interim appeal process at the WTO should Australia challenge expected Chinese dumping duties on barley. Australia and China have both joined the process which replaces a currently stalled WTO Appellate system.

AUSTRALIAN MEAT PROCESSORS HIT CHINA TROUBLE
China has this week suspended the licences of four Australian beef processors. The suspensions relate to labelling errors. Trade Minister Birmingham said the Government was working with the processors to ensure the licences were quickly reinstated.

BUT NO TRADE WAR SAYS AUSTRALIAN MINISTER
While reaching out to China’s Trade Minister Zhong for early talks, Australian Trade Minister Birmingham has sought to calm suggestions of a trade war. He has called on farmers and exporters to respond to the barley and beef issues calmly and professionally.

INDIAN PM CALLS FOR LOCAL SUPPORT
Prime Minister Modi this week spoke of promoting local brands as part of a series of bold reforms to create a more self-reliant India. In a national address, he said: “Every Indian has to become vocal for their local, not only to buy local products but to promote them proudly.”

US SENATOR SEEKS WTO EXIT
A first-term US Senator wants the US to quit the WTO. Senator Hawley (R, Missouri) has introduced a joint resolution asking Congress to withdraw its support for the US to be a WTO member. He claims institutions like the WTO have enabled China’s rise while hollowing out US industry.

US TARGETS STEEL WIRE
In its second biggest simultaneous filing of petitions in nearly 20 years, the US Commerce Department has started anti-dumping investigations into imports of concrete steel wire strand from 15 countries including Indonesia, Malaysia and Taiwan. The imports were worth $1.43b in 2019.

PHILIPPINES LOOKS FOR FTA BOOST
Trade Secretary Lopez is hopeful seven years of good standing on IP issues with the US will reinvigorate discussions on a possible FTA. A bilateral FTA would provide expanded market access for Philippine products as well as a more stable and predictable economic environment.

JULY 5 FOR NEW FTA
July 5 has been confirmed as the starting date for the new Indonesia-Australia FTA. This follows the completion of the IA-CEPA’s ratification in Jakarta. The agreement will see a significant reduction in trade barriers covering goods, services and investment between the two neighbours.

TRUMP SAYS NO TO CHINA RENEGOTIATION
President Trump responded firmly this week to reports China may seek to renegotiate its trade agreement with the US. Asked if he was interested , Trump replied: No. Not at all. Not even a little bit. No, I am not interested. We signed the deal…..”

US INVESTIGATING CHINA STEEL VIA VIETNAM
The Commerce Department is investigating the possible avoidance of anti-dumping and countervailing duties applying to stainless steel sheet and strip from China. The inquiry relates to the Chinese goods being completed in Vietnam before onward shipment to the US. 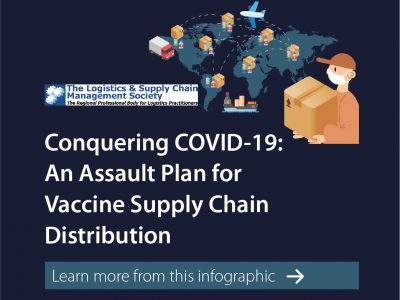