Chatto Creek Advisory Pty Ltd is a Melbourne-based strategic consultancy specialising in trade policy advice and government engagement strategy. It is headed by Russell Scoular, an executive with rich government relations, trade policy, and business experience throughout the Asia Pacific.

RCEP AGREEMENT CLOSE
Leaders from RCEP (ASEAN + Australia, China, Japan, South Korea and NZ) are expected to meet virtually this week to conclude the mega FTA. Trade Ministers are also due to meet on the sidelines of the ASEAN Summit. India’s reluctance to re-join continues to trouble some participants.

AUSTRALIA FLAGS POSSIBLE BARLEY ACTION
Trade Minister Birmingham flagged this week barley may be the initial focus of any Australian WTO action with China. “We’ve certainly reserved our right there, particularly in relation to the instance of barley,” he said. China imposed anti-dumping duties in May.

AUSTRALIA WARNS OF CHINA RISKS
The Department of Agriculture has urged exporters to fully consider their own risks and potential losses on produce shipments to China. It urges they confirm import rules and seek advice on potential delays in clearances. The risks include dairy, processed food
and all seafood.

WTO LEADERSHIP STRUGGLES CONTINUE
Succession planning at the WTO has hit new delays with the postponement of a key meeting on November 9 to appoint a new director-general. While most members support Ngozi Okonjo-Iweala (Nigeria), the US has continued to support Yoo Myung-hee
(South Korea).

AUSTRALIA CALLS FOR US COMMITMENT
Prime Minister Morrison has spoken of the importance of the US re-engaging in forums like the WTO. Speaking of countries recovering from the COVID-19 recession via fair trade and the rules of the WTO, he said: “We would welcome a commitment to that objective as
well.”

US INVESTIGATING CHINESE STEEL TARIFF DODGE
The US Commerce Department has begun an inquiry into whether Chinese exporters are dodging dumping and subsidy tariffs on tubular steel goods by shipping steel sheet and strip to Brunei and the Philippines for minor processing before export to the US.

NEW ZEALAND LAUNCHES POTATO INQUIRY
The Ministry of Business has commenced an anti-dumping inquiry into potato fries and wedges imported from Belgium and the Netherlands. The inquiry follows a complaint by local potato growers who claim dumping margins of between 73 per cent and 136 per cent.

US CURRENCY TARIFF FOR VIETNAMESE TYRES
The US Commerce Department has made a preliminary ruling that car and light truck tyres imported from Vietnam have benefitted from an undervalued currency. It is the department’s first such ruling and will see preliminary anti-subsidy tariffs of up to 10.08 per cent.

BIG TURN-OUT FOR AUSTRALIA, NZ & INDONESIAN FTA BRIEFING
The European Union saw more than 130 organisations register for a special civil society briefing this week on its FTA negotiations with Australia, NZ and Indonesia. The virtual briefing was led by chief negotiators Helena Konig and Peter Berz.

US TRADE BOSS LASHES EU
USTR Lighthizer hit out this week at the EU implementing retaliatory tariffs on US goods in response to a lengthy aircraft subsidy dispute. “The EU has long proclaimed its commitment to following WTO rules, but today’s announcement shows they do so only when convenient to them.” 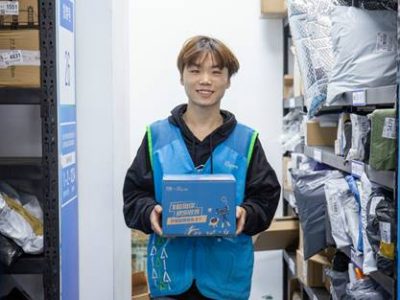