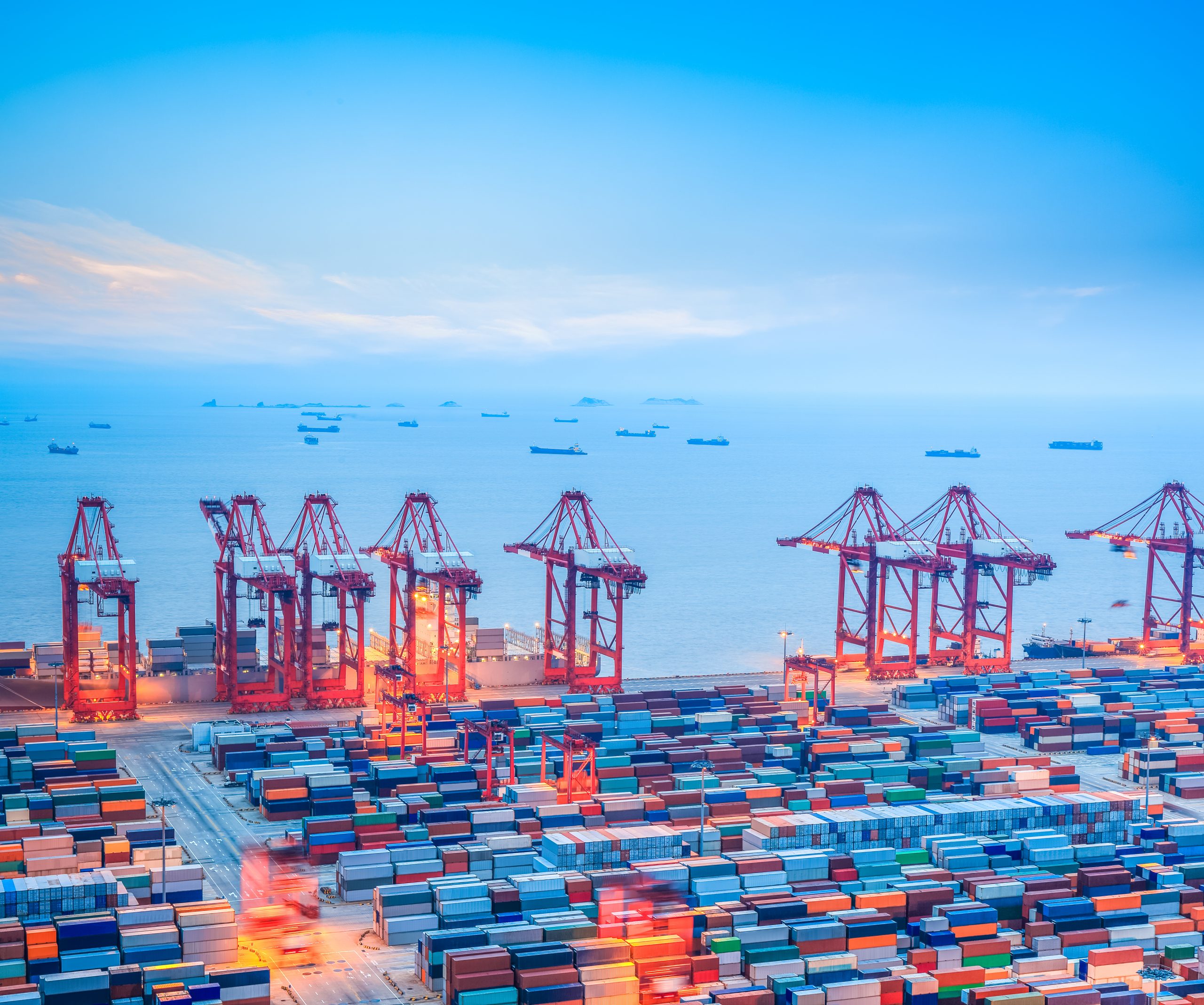 This article first appeared in Bloomberg | Quint on 9 April 2020.

The port backups that have paralyzed food shipments around the world for weeks aren’t getting much better. In fact, in some places, they’re getting worse. In the Philippines, officials at a port that’s a key entry point for rice said earlier this week the terminal was at risk of shutting as thousands of shipping containers pile up because lockdown measures are making them harder to clear. Meanwhile, curfews in Guatemala and Honduras, known for their specialty coffees, are limiting operating hours at ports and slowing shipments. And in parts of Africa, which is heavily dependent on food imports, there aren’t enough workers showing up to help unload cargoes.

The port choke-points are just the latest example of how the virus is snarling food production and distribution across the globe. Trucking bottlenecks, sick plant workers, export bans and panic buying have all contributed to why shoppers are seeing empty grocery store shelves, even amid ample supplies.

Food moves from farm to table through a complicated web of interactions. So problems for even just a few ports can ripple through to create troubling slowdowns. For example, wheat grown in Europe can be shipped off to India, where it’s processed into naan bread for eventual export into the American market. Disruptions along the way are causing heavy delays.

And there’s the threat that things could get much worse if port problems spread. Just a handful countries, for instance, export the bulk of the world’s rice and wheat, staple sources of calories. Soybeans from South America help keep the planet’s livestock fed, and the vast majority of cocoa supplies are shipped out of small section of West Africa.

Even countries like the U.S., a key food exporter, depend on imports for things like wine, spices, cheese and out-of-season produce — that’s how you can make avocado toast year-round.

U.S. frozen-foods company Saffron Road relies on Indian shipments for naan and other products. A three-week lockdown on the nation’s 1.3 billion people has brought transportation of goods within its borders to a near halt, and the government sparked confusion when it told all major ports that the virus was a valid reason to halt some operations.

Still, in some parts of the world earlier port disruptions have already improved.

China is past the worst of its problems. At the height of the nation’s outbreak, thousands of containers of frozen pork, chicken and beef were piling up at major ports after transport disruptions and labor shortages slowed operations. The logjam also created a dearth of containers elsewhere in the world, which was then compounded by the fact that vessels weren’t making trips out from the Asian nation with manufactured goods. Those issues have since cleared up as the country went back to work.

In Brazil, the world’s top exporter of soybeans, beef, coffee and sugar, shipments are now running at a normal pace amid a joint effort between the government and companies to keep shipping flowing.

A.P. Moller-Maersk A/S, the world’s largest handler of refrigerated containers, is bringing 1,800 empty units to the South American nation to counter a shortfall for Brazil’s meat shipments. Containers are scarce in Brazil after being used for refrigerated stockpiles amid congestion in China’s key ports during the Asian nation’s lockdown, Maersk said.

Brazil also managed to export record volumes of soybeans in March after the government intervened to stop a strike threatened by port workers who were worried about their safety.

“Brazil’s export volumes are so big that any minor issue must be solved very quickly. Otherwise, it may lead to logistic bottlenecks in all the world,” said Sergio Mendes, head of the nation’s grain export group known as Anec.

But with the disease spreading, container issues are popping up in other regions. The sturdy boxes, often made of steel and usually measuring somewhere between 20 feet (about 6 meters) to 50 feet in length, are constantly sent back and forth across the planet with goods. That flow has been heavily disrupted as the virus slows manufacturing and cripples demand for some products. The Port of Los Angeles, for example, saw a 31% drop in volume in March compared with a year ago as retailers scale back orders.

Food exporters are being forced to wait longer for incoming shipments to be able to empty and refill vessels with their goods. That’s the case in Europe, where operations are running more or less normally, but the container squeeze is causing delays, according to Philippe Binard, general delegate of Freshfel Europe, a produce association.

It’s also a problem in Canada after some shipping routes were canceled by carriers because of lower demand for manufactured goods.

“The outbound capacity is really starting to diminish,” said Mark Hemmes, president of the Edmonton, Alberta-based Quorum Corp., a company hired by the federal government to monitor Canada’s grain-transportation system.

Across the globe in Nigeria, the problem is too many containers, which are piling up and clogging the ports. Workers who would normally be clearing the congestion are facing difficulties coming in as the nation’s lockdown shut public transportation. Banks near the ports are closing, making it harder to process receipts and clearing documents.

With food stuck in containers floating at the docks, it’s exacerbating shortages and driving up prices.

“The ports are jam-packed,” Tony Nwabunike, president of the Association of Nigerian Licensed Customs Agents, the union that represents workers who clear the ports. “The main reason is that there is no movement now. Even those of us that have been given orders to go to the ports as essential service providers, we are not accessing the ports because transportation remain skeletal,” and not all workers have the necessary paperwork to show they are essential employees, he said.

“Police are on the road, so people are scared. There is harassment everywhere.”

Even as some of these issues start to ease, there’s also concern over the possibility of port workers getting sick. Employees in close proximity will have to be quarantined if they are exposed, and there’s the threat of contagion. Hubs like Singapore and Shanghai have halted crew transfers to prevent the spread of the virus.

In Australia, two workers at Port Botany, one of the country’s biggest container ports, tested positive for Covid-19, it was confirmed this week. A further 17 workers went into self isolation for 14 days.

The threat of sick workers is top of mind for Paul Aucoin, executive director of the Port of South Louisiana, the largest tonnage port district in the U.S. The virus has already forced some security personnel to self-isolate, and vessel crews are no longer allowed on shore in an effort to stem the spread, he said.

“I fear we’re going to lose some workers, and when you lose workers it gets harder to keep the same pace,” Aucoin said. “We are going to see a slowdown.” 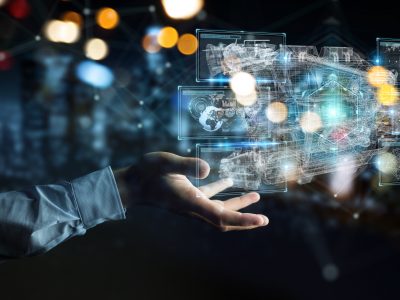 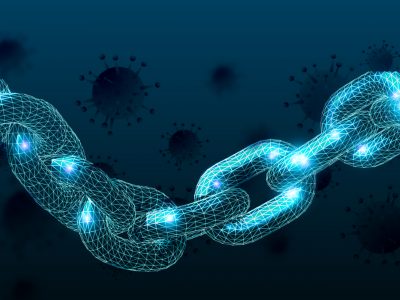 Can Blockchain Save the Supply Chain from COVID-19?