If It’s BOEING, I Ain’t Going 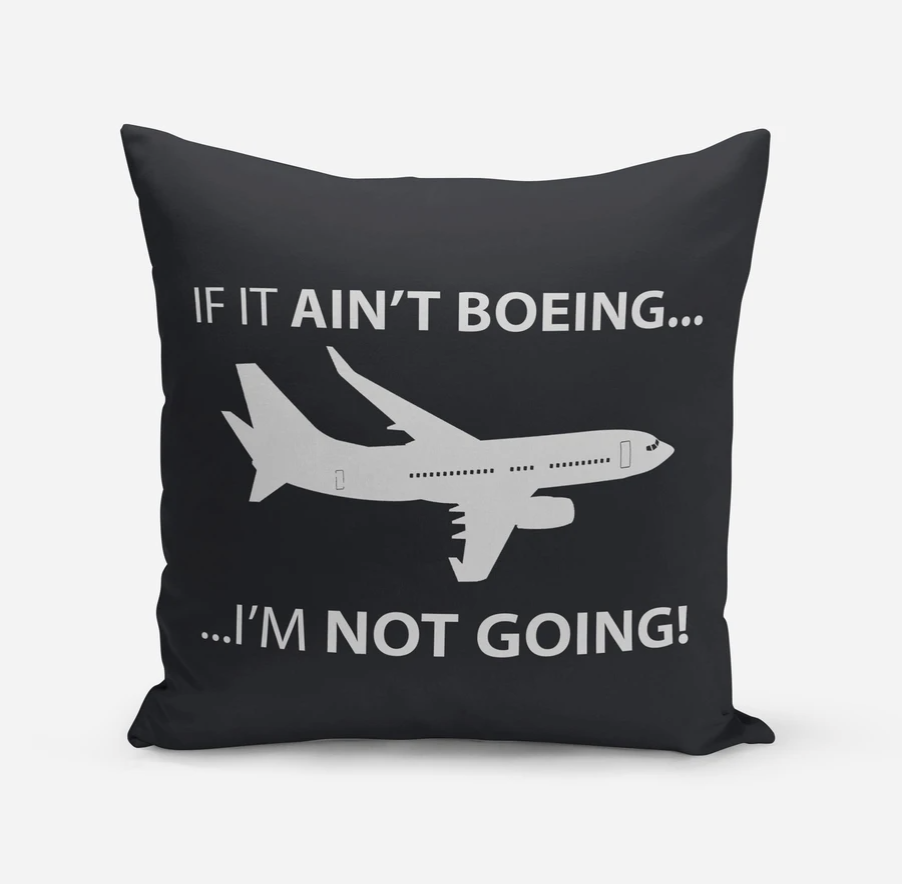 If It’s BOEING, I Ain’t Going

Passengers and airlines are probably starting to say the exact opposite of this slogan in the picture of this post.

It was reported that Boeing has discovered two manufacturing flaws in the fuselage of eight 787 Dreamliners.They were discovered in the joint toward the rear of the wide-body aircraft, which prompted all of the jets to be grounded. All of the jets must be inspected and repaired to be flown again.

Boeing said it has notified the Federal Aviation Administration and is going to have a strict review before launching the jets again.

Air Canada, United Airlines, and Singapore Airlines are all reported to have had one of the affected planes.

The issues come at a devastating time, as Boeing had to stop its workhorse 737 MAX in March 2019 after two crashes killed 346 people. New changes to the flight control system are being tested, the plane is expected to return to flight by the end of the year.

Limited air travel from the Covid pandemic is also affecting the airline, with Boeing’s output potentially lessening the amount of planes affected by the manufacturing issue.

The flaws were first reported by the Air Current blog, which said the pieces were made and joined at Boeing’s plant in North Charleston, South Carolina. That facility was included in a 2015 case brought by the FAA that alleged a variety of legal violations and prompted Boeing to pay a $12 million penalty.

Boeing has been considering consolidating the production of the 787 in a single location. Currently, the FAA said it is in talks with Boeing about the flawed Dreamliners.

International law provides that the FAA will take the lead in determining what type of inspections and repairs are needed since the planes are built in the US.

Previously, the Dreamliner underwent a series of severe problems after its 2011 debut, including a three-month global grounding in 2013 after battery meltdowns on two planes. While others were withdrawn from service in 2018 after faulty Rolls-Royce engine blades declined quicker than anticipated.