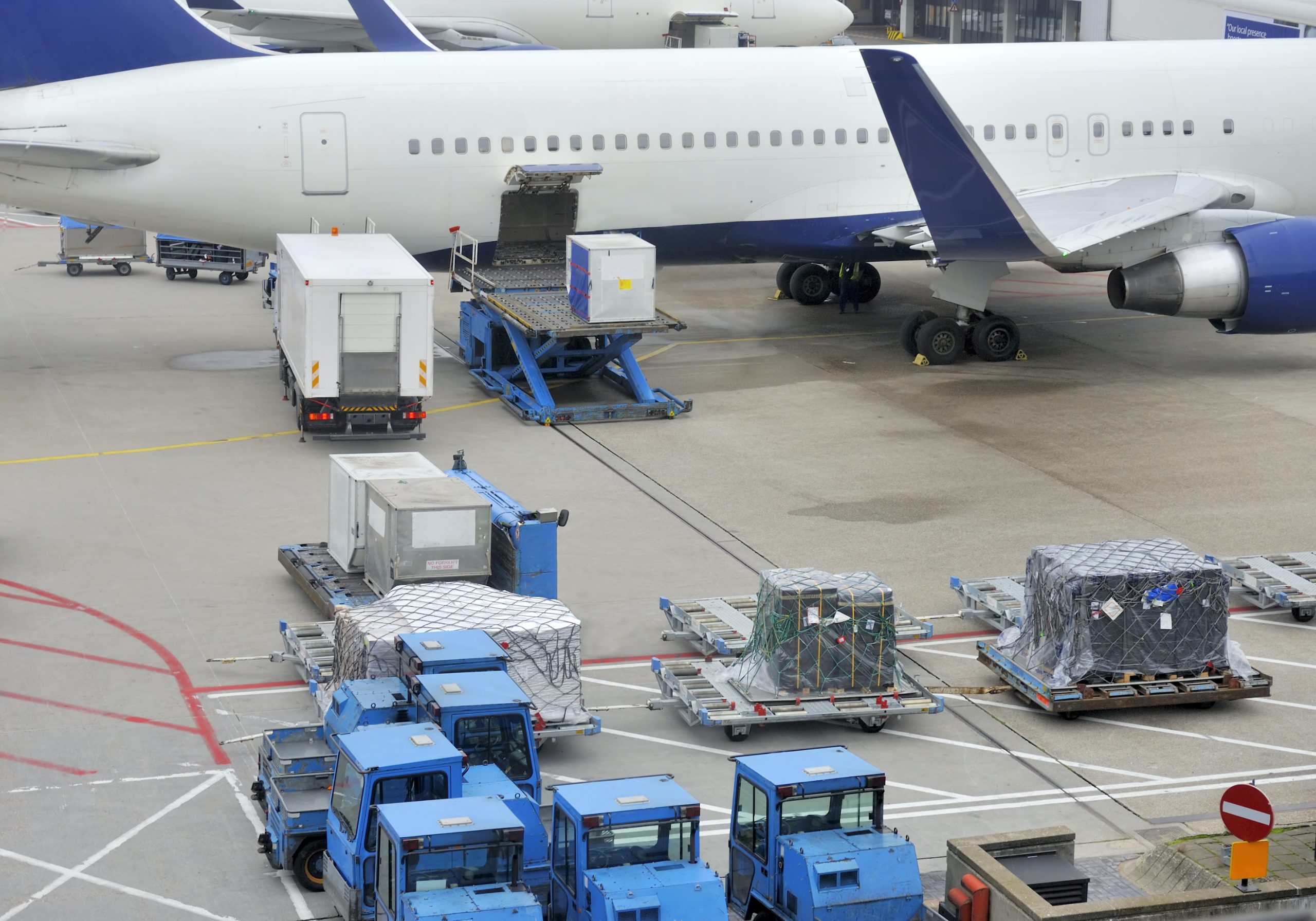 The global air cargo market is edging towards a “sustainable recovery” at the start of the traditional peak season, according to the latest industry analysis by CLIVE Data Services and TAC Index.

“A record ‘dynamic load factor’ and high air freight rates on the world’s premier trade lanes in September showed the global air cargo market edging towards a sustainable recovery at the start of the traditional peak season,” the industry analysts said.

Data showed chargeable weight in September rose 9% points month-on-month, further narrowing the year-on-year gap to -15%, the fifth consecutive month of positive indicators since April 2020’s 37% decline in volumes versus the same month of 2019. CLIVE’s ‘dynamic load factor’ –  based on both the volume and weight perspectives of cargo flown and capacity available – averaged 70% in September, also representing a 2%-point increase versus August 2020 and 8% points higher year-over-year.

It added that the 71% figure for the week of September 28 to October 4 was the highest ever recorded by CLIVE. Nonetheless, global air cargo capacity in September was, on average, 25% less than in the same month of last year. 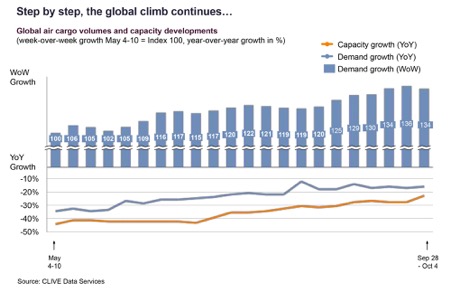 TAC Index noted that constrained capacity in the market at a time of rising demand also led to significant increases in rates.

“It is interesting to see how closely demand/volume and pricing correlate in light of the fact there are a lot less BSAs (Block Space Agreements) in place currently. There were steady increases in pricing week-over-week in September, with rates on lanes from China/Hong Kong to the EU in the last week of September 8% higher than in the last week of August,” said Robert Frei, Business Development Director at TAC Index.

It noted that the elevated load factor for westbound volumes rose to 84% in September – up 18 percentage points versus September 2019 – while the eastbound ‘dynamic load factor’ was 67%. Corresponding westbound and eastbound airfreight rates also rose 170% and 73% respectively over the same period of last year.

“A fifth consecutive month of gradual air cargo market improvements may not be sensational news but, in this case, sometimes boring is good,” said Niall van de Wouw, Managing Director of CLIVE Data Services. He noted that its latest weekly analyses “reveal more positivity than I would have expected” based on the global impact of government actions to restrain the spread of COVID-19.

“The air cargo market seems to be quite resilient. In April, CLIVE stated that the industry’s downward performance was ‘bottoming out’ and this has proven to be correct, with month-over-month improvements ever since,” he added.

Meanwhile, CLIVE noted that while the gradual recovery in air cargo is positive news for the aviation industry, it could prove toxic for shippers.

“While this might be encouraging news for airlines, it means shippers and forwarders are being faced with higher airfreight costs.

Uncertainty over how the market will develop alongside very high load factors is a toxic combination for the buyers of airfreight capacity,”  van de Wouw said.

“If this demand persists, and shippers are prepared to pay, we may well see a resurgence in passenger planes being deployed mainly or solely for moving freight. These remain uncertain times but with more optimism in the market for October and November volumes, the question is: how far can the recovery go?”