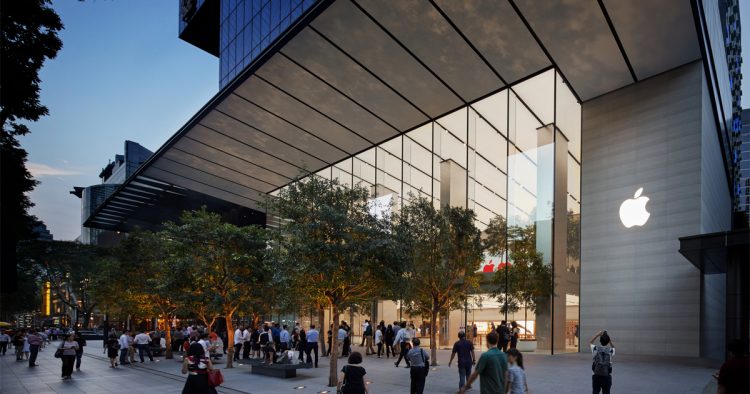 Not long ago Vietnam’s Bac Giang province was one of the nation’s poorest regions, known for producing rice, lychees and poultry dubbed “running chicken.” That was before the global tech supply chain shifted its way.

Now officials in the rural area north of Hanoi host representatives from Apple Inc. and Hon Hai Precision Industry Co. The growth in foreign investment is almost doubling every year — even during the coronavirus pandemic — and the province forecasts the value of exports this year will reach $11 billion, a tenfold leap in six years. Residents have swapped loud, dirty motorbikes for new Honda two-wheelers while others drive Toyota SUVs and Mercedes sedans on freshly paved roads.

“Life is heaven now and it’s thanks to the factories,” said Nguyen Van Lanh, 64. His family, which once couldn’t afford to buy meat, runs boarding rooms for workers built with their factory salary savings. One relative with a loan business for plant employees drives a red Mercedes-Benz.

The boom in Bac Giang highlights how the shift in the world’s supply chains is touching regions previously left behind. Vietnam’s ability to attract more sophisticated manufacturing is accelerating with rising Chinese labour costs, the U.S.-China trade war and logistics vulnerabilities amid the epidemic, which the nation’s Communist leaders have so far successfully curtailed.

During the decades after the Vietnam War as the country opened its borders to foreign investors and trade, Bac Giang remained poor. Its 2010 per capita income was $650, about half that of the nation overall, according to government statistics. The region’s flood-prone plains produced low-yielding crops, so its residents looked for factory jobs some 1,700 kilometres from home in the south. Now the province is experiencing its first boom as per capita income is forecast at $3,000 this year.

Manufacturers are knocking on the doors of Vietnam’s northern provinces and committing billions of dollars to set up operations, including Samsung Electronics Co., where it is producing about half its smartphones. Apple assembly partner Pegatron Corp. plans to invest $1 billion in the northern port city of Haiphong, local media reported, following moves to Vietnam of other suppliers for the Cupertino, California company. Apple recently posted Vietnam job openings, including for a mechanical quality engineer, and managers for supply chain operations and government relations.

For now, investments from electronics suppliers continue pouring in as other sectors struggle amid the pandemic. The country’s tourism revenue has been slashed by about 50% and garment and other factories are laying off tens of thousands of workers as exports in the trade-dependent economy stall. Economic growth is forecast to slow to 2%-3% in 2020 from last year’s 7.02%, though the government expects a recovery to 6%-7% between 2021 and 2025.

In the heart of Bac Giang, where cows still roam the streets, a six-lane thoroughfare now replaces a one-lane road. Almost two dozen industrial parks for factories are proposed as pile drivers and cranes dot the landscape. The local economy expanded by 10.9% in the first nine months of 2020 from a year earlier compared with 2.12% growth for the entire country during the same period.

“We are living the changing of the global supply chain,” said Nguyen Dai Luong, deputy chairman of the People’s Committee in Viet Yen district, where four of the province’s five operating industrial parks are located. The pace of manufacturers moving to Bac Giang has surged since 2016 as companies poured $3.8 billion into the province, a fourfold increase from the previous four years.

The government is building a river port for transporting parts and, at Apple’s request, provided land for workers’ housing near the 16-hectare complex of Luxshare Precision Industry Co., the world’s biggest manufacturer of AirPods, Luong said.

Bac Giang has nearly full employment, with residents of nearby provinces rushing in to chase the electronics gold rush at companies such as Luxshare. The Chinese company will hire 20,000 workers in the last four months of the year, bringing the total to 47,000 in his district, Luong said. The company employs 12,000 elsewhere in the province, he said.

Electronics assembly line workers can earn an after-tax salary of about $5,500 a year, including overtime and bonuses, more than the nation’s average annual salary of less than $3,000, Luong said.

Nguyen Thi Ha, 22, mixed concrete for a construction company before joining an assembly line making 10 million dong ($431) a month. “I used to earn about half of that working under the sun and sometimes in the rain,” said Ha, who declined to identify her Taiwanese employer.

Factory workers pack restaurants like Lao Chu Quan, downing pitchers of beer, plates of pork cooked on an outdoor rotisserie and fresh fish hot pot. “They spend freely,” said Nguyen Thi Ly, the 26-year-old manager whose family owns a Mazda automobile and five new motorbikes after having “almost nothing” before the factories came. “Our lives have changed, amazingly.”

The sudden growth comes with a cost: Electronics assembly lines are high-pressured. Hoang Phuong Duy, 30, participated in a brief September labour strike at Luxshare that was triggered by a change in overtime pay calculation, leading to tense standoffs between workers and supervisors who don’t speak Vietnamese.

Duy said the company quickly resolved the dispute to the workers’ satisfaction. “It’s very hard working on assembly lines,” he added. “We always have to be very fast with an intense concentration while working long hours.”

Vietnam’s challenge going forward is to ensure that education improves so the country can avoid the “middle-income trap” once factories leave as costs eventually rise and pivot to a high-skilled economy, said Scott Rozelle, a Stanford University development economist.

High-quality education for future generations is the dream of Bac Giang residents such as boarding house owner Lanh, who as a child harvested rice from a “basket boat” on flooded fields where factories now rise up.

“We hardly had anything to eat and clothes to wear,” he said of his childhood. Gazing down at his 3-month-old granddaughter, he added: “She will have plenty of food to eat and the best clothes to wear. We will send her to a university so she can have more opportunities than we ever had.”