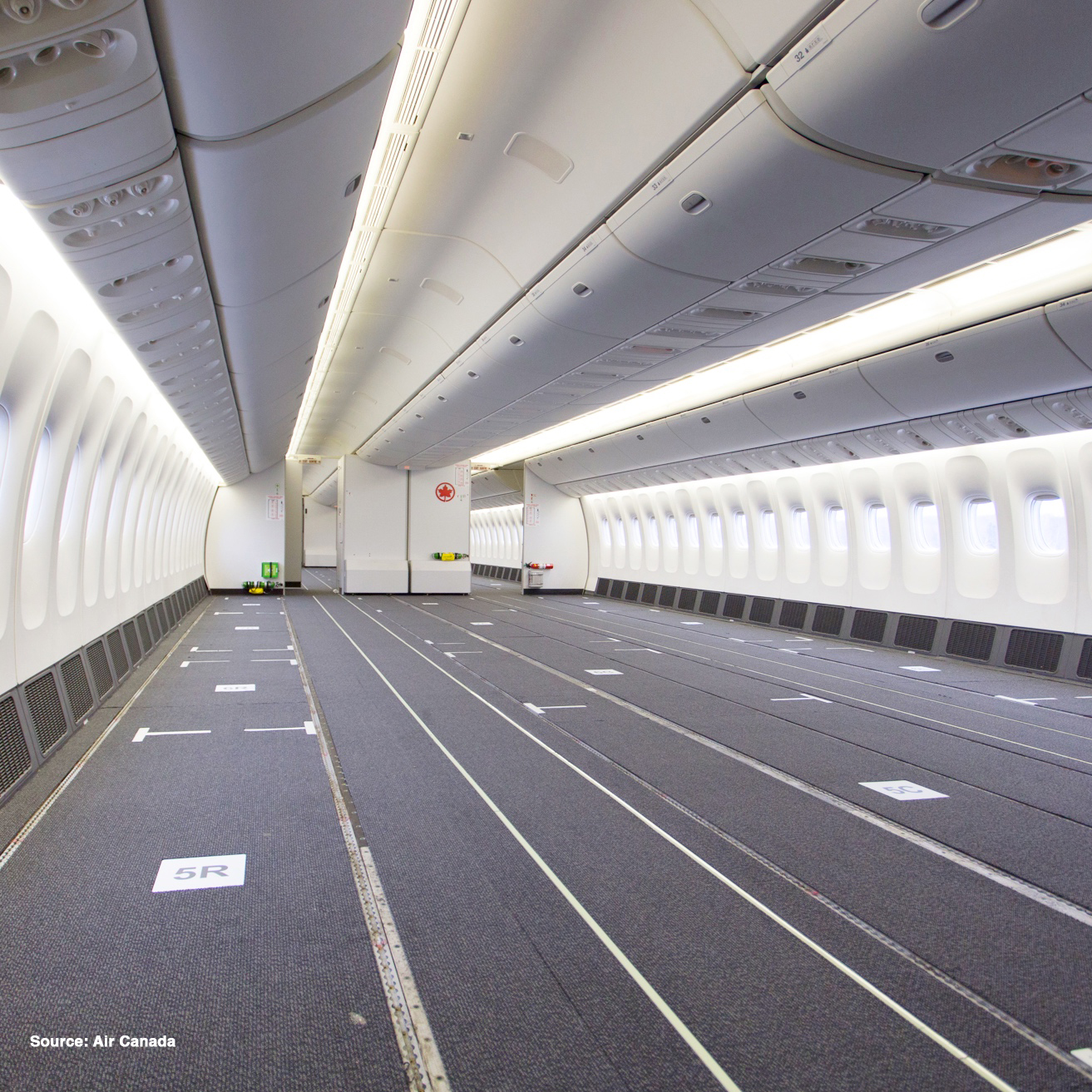 While COVID-19 is subsiding in Asia and the West and passenger travel confidence is gaining, more aircraft are losing their seats.

Airlines initially removed seats to increase space for urgent COVID-19 medical equipment. The world’s usual cargo capacity – in the bellies of passenger aircraft – was lost when flights were suspended.

But as it becomes evident a cargo shortage will persist, airlines are increasing modifications – and getting more strategic.

Air Canada initially removed most seats from three 777-300ERs, its largest aircraft, in mid-April. “We plan to have several more of our B777-300 to go through the same remodelling process in the coming months,” Air Canada’s Asia-Pacific cargo director Tim Wong told the Canadian Chamber of Commerce in Hong Kong.

There is now a fourth 777 modified, but Air Canada declined to provide further details. It has also modified three A330s. Air Canada has flown 15.3 million kilograms on over 1,200 cargo-only flights.

U.S. airlines have been flying cargo-only flights but mostly using only the belly of the aircraft. They have not removed seats as there is not yet regulatory clearance to do so. United has been able to carry mail in the passenger cabin.

Selecting which aircraft to take seats out of is not random. “The aircraft that were remodelled were scheduled for cabin renovations,” Air Canada’s Wong said.

Aircraft periodically have their interiors removed for a deep clean and structural inspection. It is a multi-day process to disconnect in-flight entertainment and power connections and then seat brackets.

Removing seats to create cargo space does not necessarily add days of extra work but instead brings future work forwards.

British Airways’ seat-less 777-200ERs could have been due for hangar time to remove the existing interior and install new seats. Instead the new product could be installed after the cargo flying is complete.

Cargo in the cabin was initially limited to medical supplies. Regulators needed to understand the implications of swapping seats and passengers for cargo, which can be dense, and pose fire risks. But face masks and other personal protective equipment are volumetric, taking up cabin space without adding significant weight.

Airlines in China are gaining approval to carry e-commerce in the cabin while Finnair’s cabin cargo can include equipment for supply chains. Other cargo can always be carried in the aircraft’s belly.

Cargo capacity decreased 42% on a weight basis in April, according to the latest figures from IATA. But cargo carried decreased only 28% as load factors increased. April’s capacity decline comprised a 75% decrease in belly capacity – the space underneath the passenger cabin – and a 15% increase from all-freight aircraft as airlines stepped-up flown hours.

The market remains difficult to predict. The first half of May saw week on week increases in cargo transported while the second half saw decreases, according to CLIVE Data Services.

Yields have multiplied, causing some shippers to use surface transport or delay non-essential shipments. Decreases in air cargo could be offset as shippers switch back to air cargo.